Today we headed out with the kids to the Parque Metropolitano in the middle of which is a very high hill or a short mountain called San Cristobal. We took the metro with the kids. We felt pretty comfortable with it since R had shown us the ropes the day before. 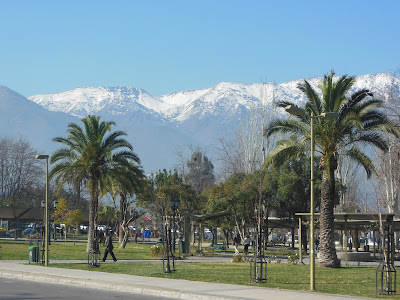 This is the view from a park at the metro station. The city is surrounded by mountains. 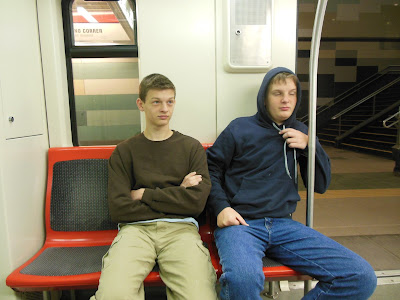 Here are Samuel & Andrew on their first subway ride trying to act like old pros. 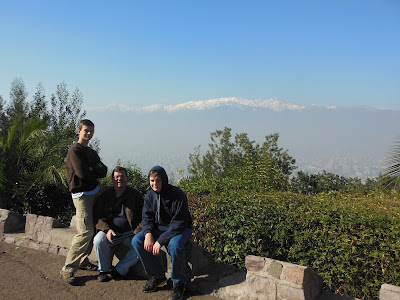 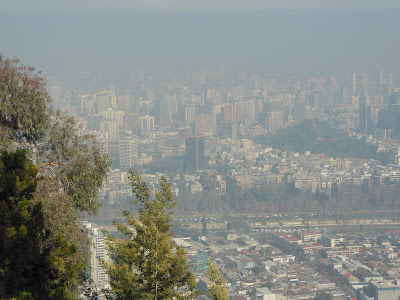 Very smoggy especially in winter as it is in a valley and the winds don't seem to blow it away.
Near the top is Immaculate Conception chapel 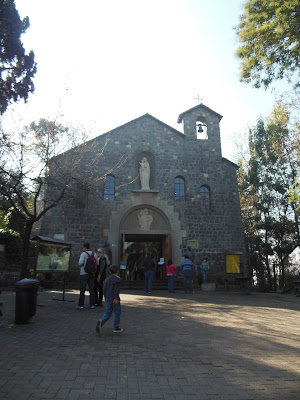 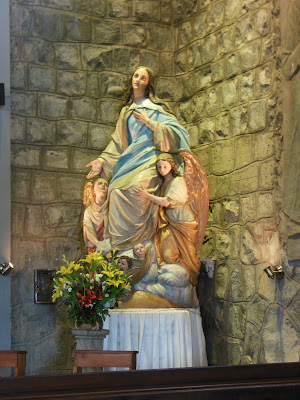 And at the very top is a large white statue of the Blessed Virgin Mary. Inside the base is a small chapel with a crucifix and a large Bible and some beautiful paintings. 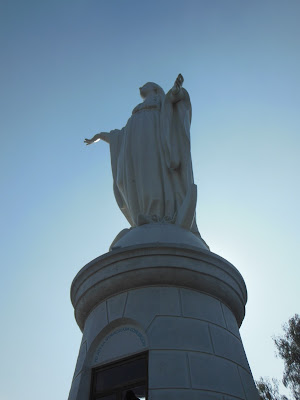 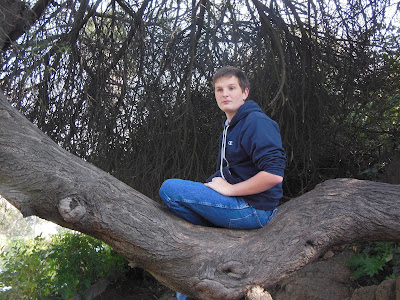 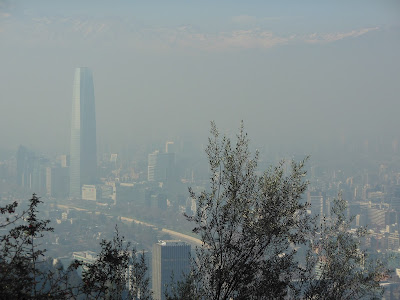 Here is the tallest building in South America. The top is not quite finished but the bottom has a 6 story mall which we visited yesterday. 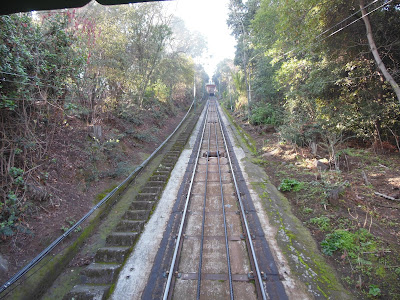 Riding down the funicular 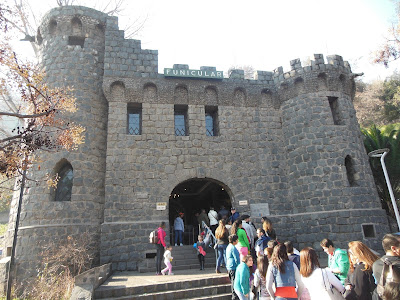 At the base of the funicular 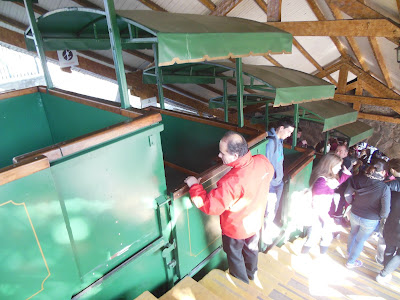 And here is what the funicular cars look like 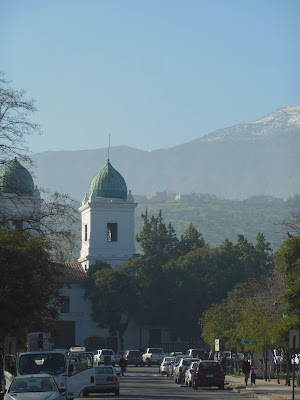 And finally back to the beginning of our excursion - Los Dominicos - a convent for which the metro station is named. Tomorrow - a trip to the  Plaza de Armas and the national cathedral.
Posted by Lori at 6:55 PM