Sunday was the Mass at the Benedictine  Monastery on a lovely hillside with beautiful views. 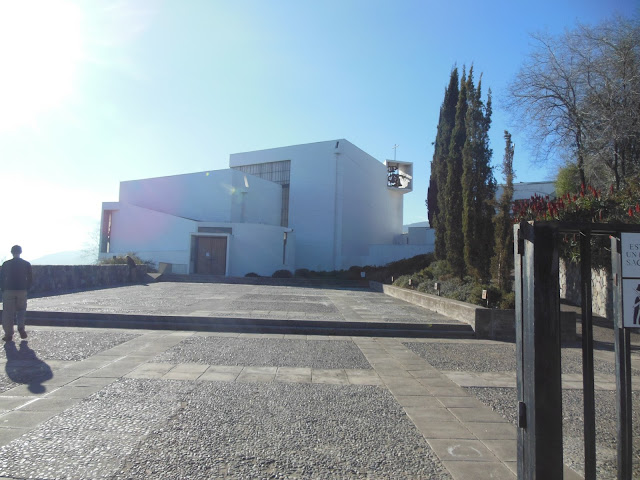 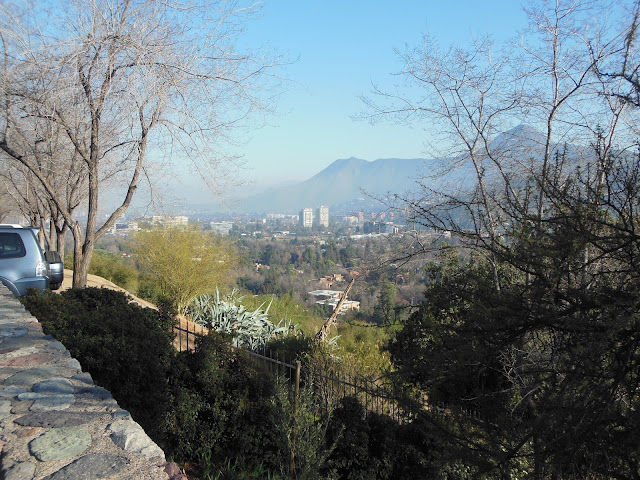 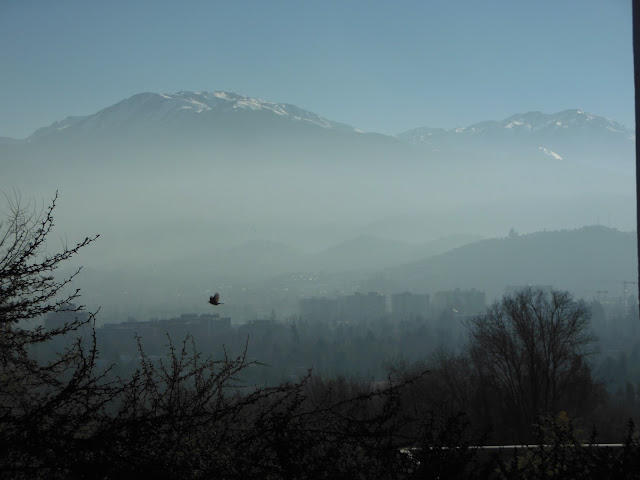 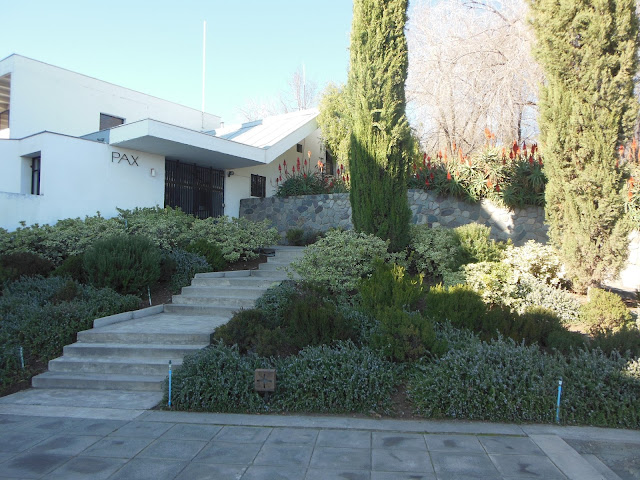 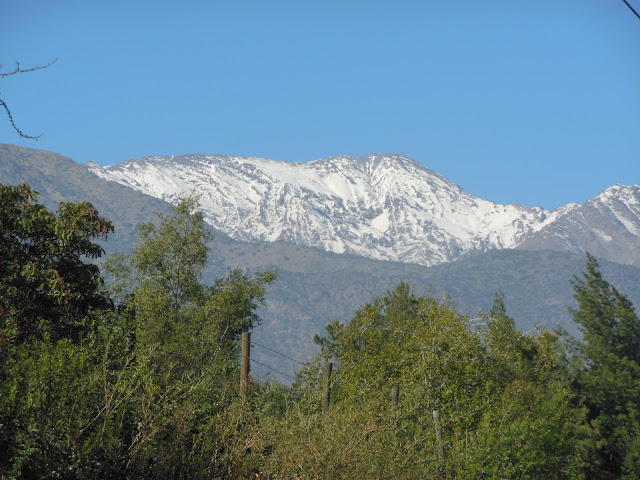 Here is a typical residential street. The houses are all behind bars because theft crimes are high. South Americans generally have sticky fingers, pick pocketing and car thefts are common. You just have to learn to protect yourself. People here are not honest like small town Americans. But that being said we all know that violent crime is on the rise in America and its not as common down here.
I generally do not care for cities but I have felt fairly comfortable here - not unsafe - I have my money belt and nothing important in my purse if I carry one. The neighborhoods we have been in are the upscale neighborhoods probably safer but we have traveled on the metro to the downtown areas. The metro was safe and clean. 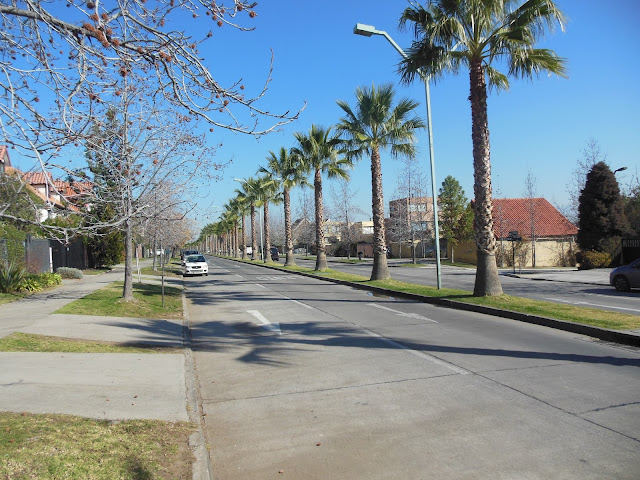 Houses are concrete or stucco - tile roofs are common. This is actually a duplex. 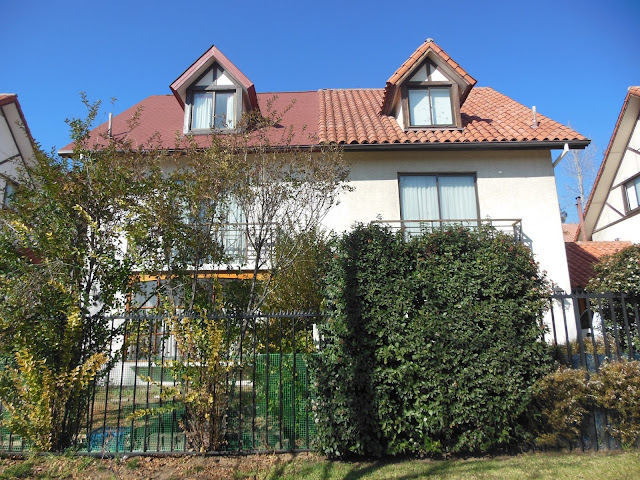 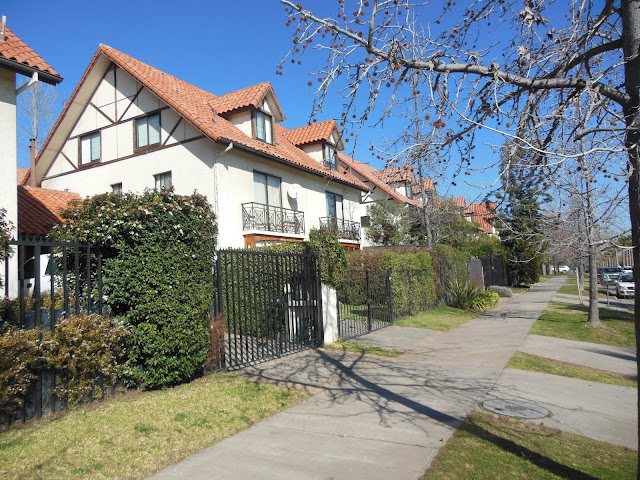 We bought a car today. We were  prepared for high prices. Used cars maintain their value much better than in America which is great for sellers but not for buyers! This Toyota Prado, similar to a Land Cruiser in the States, had 100,000 miles and we bought it for $16,000. It was fairly easy thanks to Richard who knows the ins and outs of car buying here in Chile. Tags travel with the vehicle, you have to buy the government insurance for $400, plus we bought an extra policy for better coverage for $1000 for the year. Cheaper than the States, I think. We have to have it inspected once a year for a minimal fee and we have to get this gadget that records the tolls and sends us a bill once a month. Our car won't be ready until Friday because Tuesday is some catholic holiday and they have to put on new tires and do a brake job and that may take a couple of days on Chilean time! 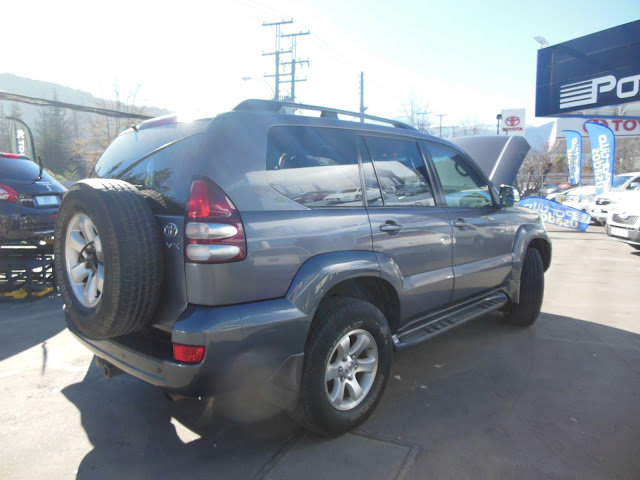 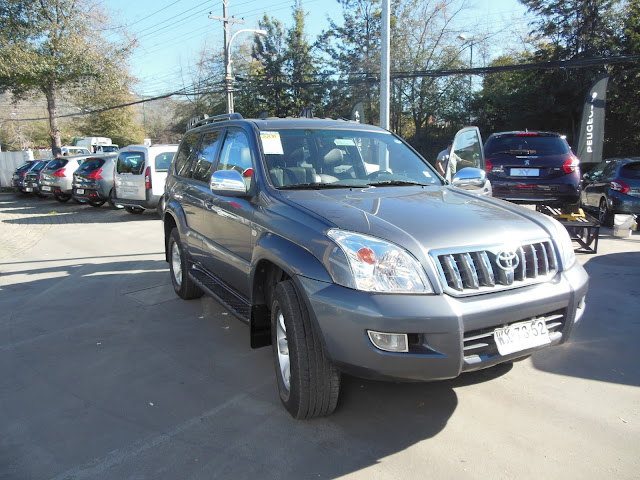 We also tried to get a bank account but this particular bank told us we had to have either permanent residency or a Chilean paycheck ;(  but we are going to try another bank. Tomorrow we are going to the very nice club R & C belong to.
Posted by Lori at 5:29 PM