The weather, climate, and a trip to Freedom Orchard

The weather the first week was delightful! Sunny and warm in the 50-60 F range which is not very typical for July which is like our January. Today we had rain and a light sprinkle of snow. It rarely snows here in Santiago but up in the mountains they are probably getting a lot. The climate of Chile is like the flip of the west coast of the US. Northern Chile is the Atacama desert which is like southern California and northern Mexico. Santiago is similar to LA. As you go farther south in Chile it becomes like Washington state very wet, cool & mild and heavily forested. 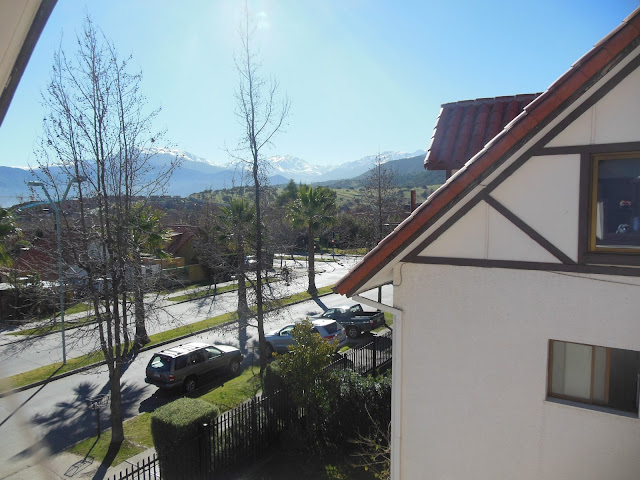 The view from the bathroom 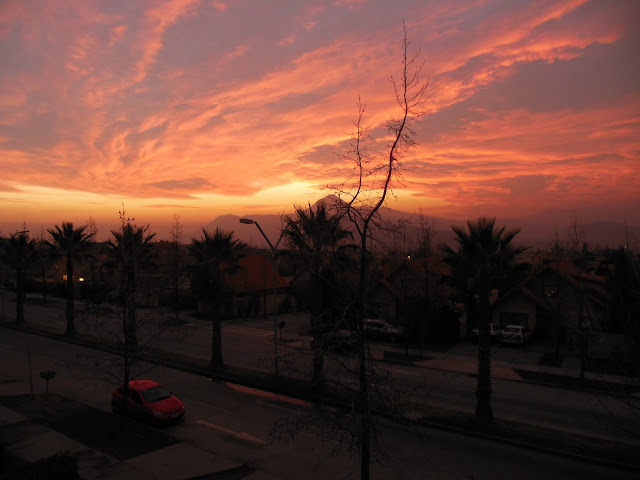 A sunset view from the bedroom window taken by Samuel
Today was our first foray outside the city. We followed a friend to his development in Curacavi which is an hour west of Santiago. It is a 3000 acre parcel in a beautiful valley with citrus trees, avocados, walnuts, and almonds. It is called Freedom Orchard and the owner is trying to cater to Americans. It is in the very early stages of development. Here are a few pictures. 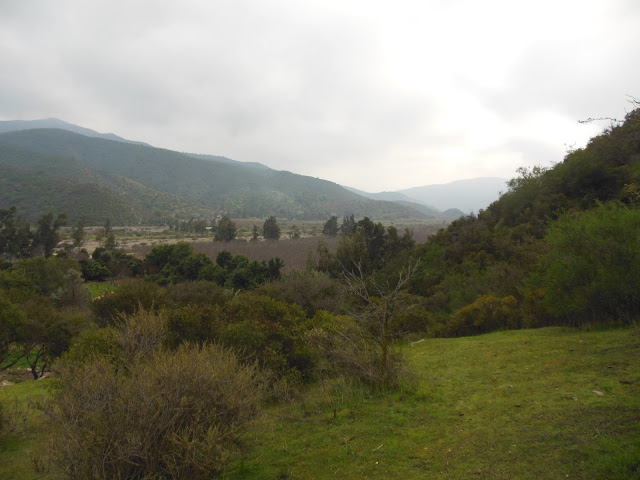 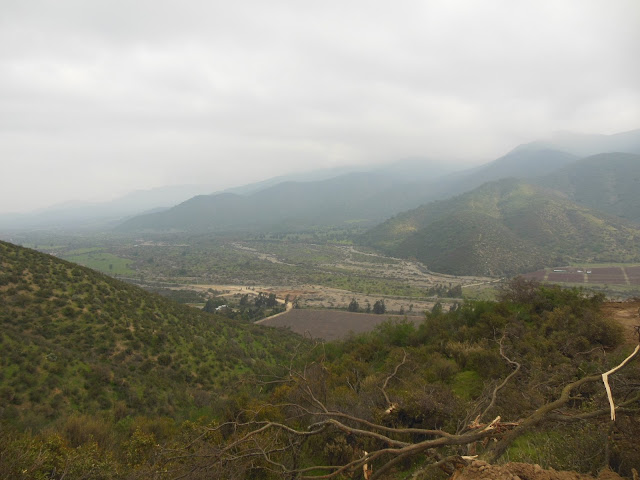 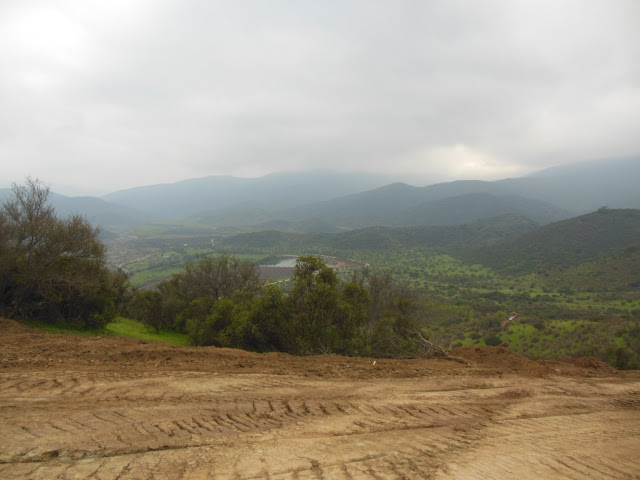 We've got almost all our business done in Santiago and are itching to get out of the city and do some exploring. Tuesday morning is our target date to head south on a 4 day journey to Puerto Octay. It's a twelve hour drive but we plan to take our time and get a feel for the country.
We will be traveling through wine country and the fertile central valley of Chile where most of the produce is grown down to the lakes region where Puerto Octay is and our friend's summer home where we will be staying until next February.
Posted by Lori at 6:54 PM

Email ThisBlogThis!Share to TwitterShare to FacebookShare to Pinterest
Labels: Living in Chile, Travel