The Museo at Nueva Braunau

We have been very intrigued by the German influence in this area. We visited a Museo in Nueva Braunau (Braunau being a german town). It was started by a german immigrant who went to all his neighbors collecting family artifacts. In 1845, Chile passed an immigration law to attract immigrants to settle the southern parts of Chile. Between 1850 and 1870, 6000+ families came from Germany. They settled in Valdivia and then Puerto Montt and hacked their way through the dense Valdivian rain forest to carve out farms. Can you imagine the journey in ships from Germany, across the Atlantic,  all the way down through the Strait of Magellan and back up the coast? A very intimidating undertaking.
There are many Chileans of german descent still here and it is reflected in the architecture, food, and language of this area. There are lots of kuchen bakeries(yum!), german schools, and german style homes. Karl, our tour guide, grew up speaking german but also spoke spanish and english(learned from watching American movies!) very well.
The germans here are fairer and taller than the average chilean of spanish descent so we don't stick out quite as much (as long as we don't open our mouths!) 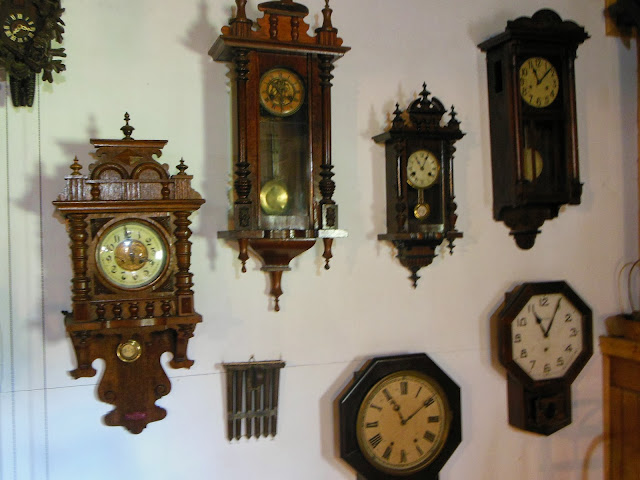 And now for the answers - the first picture of the screen box was an old fashioned fridge!
You hang or set your foods inside the screen box and lower it into your well to keep it cool
and the round drum in the second picture was a giant butter churn