Written by Jim with Lori's comments  in bold

In the town of Osorno every Saturday (sabado) there is an open air market called a Feria (fair - ee- a). We just happen to love going to the Feria! My buddy Eric and I went to the Feria in Uruguay and they were equally fun (hi Eric :)....

What it is all about is unfettered capitalism at work with hundreds of vendors selling their wares to who ever is willing to buy. It is very similar to a Flea Market in the u.s.a. but much more vigorous and better attended. Many families wait till Saturday to go to the Feria to purchase their veggies for the following week and scope out the deals on everything else. It is not like Flea Markets where you suspect most of the items are stolen (although I am sure some were) it is more centered on produce and the like. There are also other things that are sold like fresh salmon, and trout. Live Chicks and Ducks, garden plants and starts for the spring, flowers (both cut and plants) and mounds and mounds of fruit and veggies. Oh there is also a smattering of "Meat Shacks" or Empanada stands as well as ladies selling cookies and cakes (tortas) and the like. Thomas(he actually meant himself!) was "Hooked" by a guy selling "Chick / Meat on a Stick", the smell was just like a magnet to him and he had to have a stick right off the grill. It was gone in a second as the little monkey gobbled up the meaty goodness. Here are some pictures. 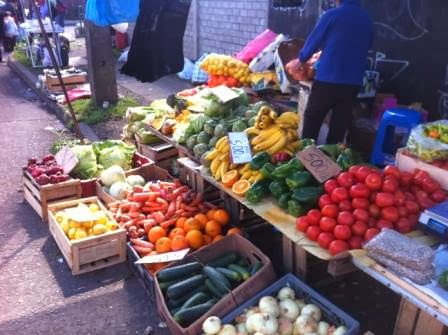 The colors are so bright 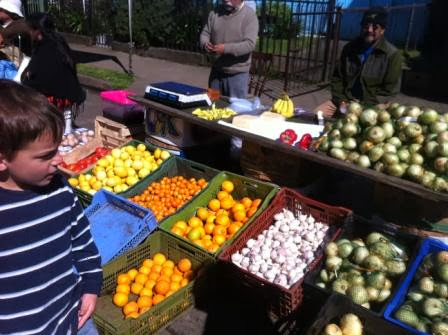 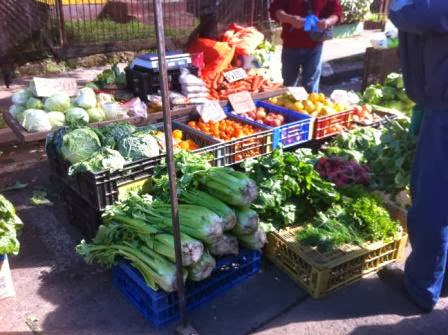 Look at these teeny tiny celery at 2 feet long for $2.00 each 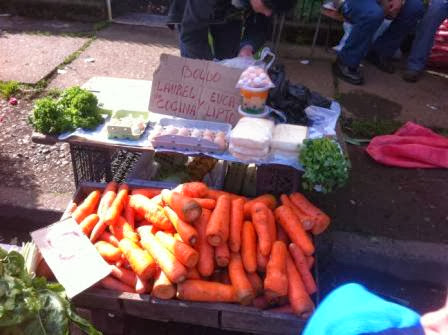 These carrots are as big around as Thomas's arm 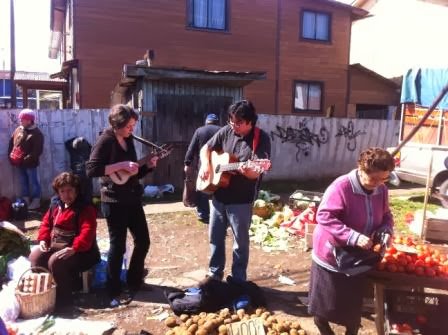 They were actually pretty good 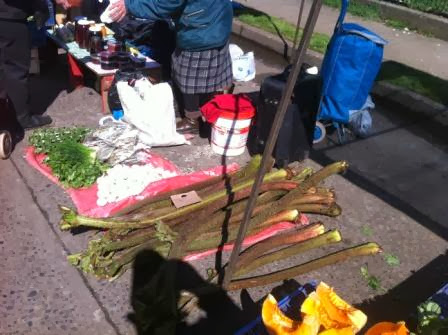 "Nalca" which is a local wild stalky Rhubarb like plant 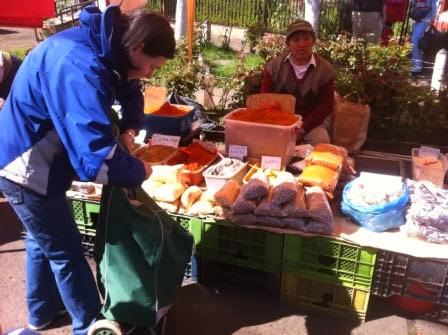 This is a spice and nut guy selling his stuff 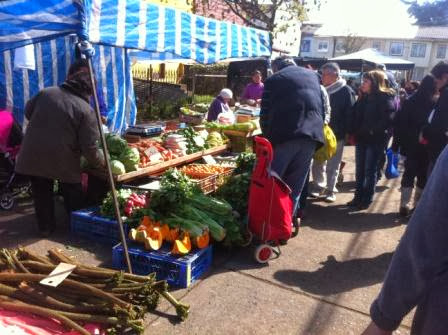 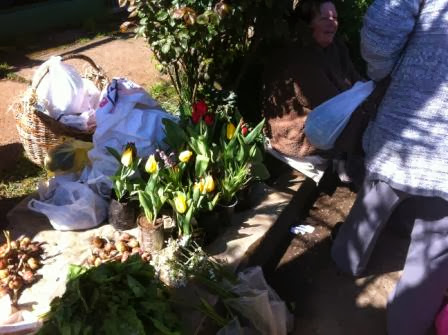 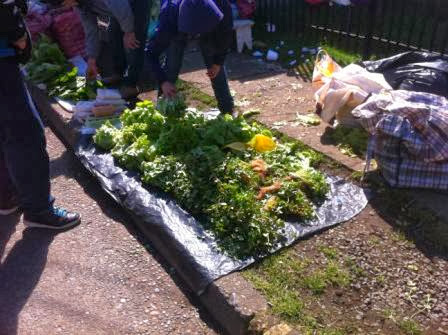 I am still adjusting to kilos and prices but I think shopping at the feria is cheaper than the grocery store and fresher and local. A bag of carrots maybe one pound for $1.25,  Ground beef is around $3.00 per pound. I find food prices to be very comparable to upstate SC. They should be cheaper here but the IVA tax or value added tax of 19% across the board for everything you buy including food pushes up the cost of living here. But the good news about the tax is that it is included in every price you look at so they aren't just adding it on at the register. The feria is tax free which is why it is so heavily attended.
Posted by Lori at 12:13 PM