Spring has sprung and we are making our first major attempt to do some vegetable gardening. Last summer, Jim built a raised garden bed for me about 10 x 3. This was great for some herbs and stuff , most of which the slugs ate, but this year we wanted to go for something bigger that would help make a dent in our food budget. We started in mid-August (like February for those in the northern hemisphere) turning over a 20 x 20 square of pasture with short grass that had been nibbled on by the sheep. The grass here does not seem to be as invasive  as the crabgrass we had back in South Carolina. And the soil was deep, dark, and beautiful unlike the red hard clay soils of SC. The soil here is called andisol which is formed from volcanic ash and is very fertile. This is the reason Chile produces so much fruit & vegetables (on the shelves of your local grocery store in the US).
So we turned over the square and then borrowed a tiller to chop up the clods of dirt. Then raked it nice and smooth and divided into 4  rows of 4' wide with a narrow 1' path between each. I bought some lime to dig into each bed before I plant. I should use some composted manure but don't have any. This is a one year garden as next year we plan to be on our own farm and I can then start a good compost pile.
I bought some seeds at the local farm supply store. The selection isn't as vast as that of the US. You have one variety of carrots, one swiss chard, maybe several lettuce, one spinach, and one pea. The peas are called perfected freezer peas and I'm not sure what to expect (bush or climber) but I did start them sprouting in my kitchen and as it is now the first week of September I will plant them out when ready (when the root is no longer than the seed). I am not sure what the last frost date is here as I don't know of anything similar to the USDA in Chile.
The frosts here are never really hard but a light cover over the seedlings should suffice through September. Though the weather this August has been unusually mild, that doesn't exempt us from a late frost. 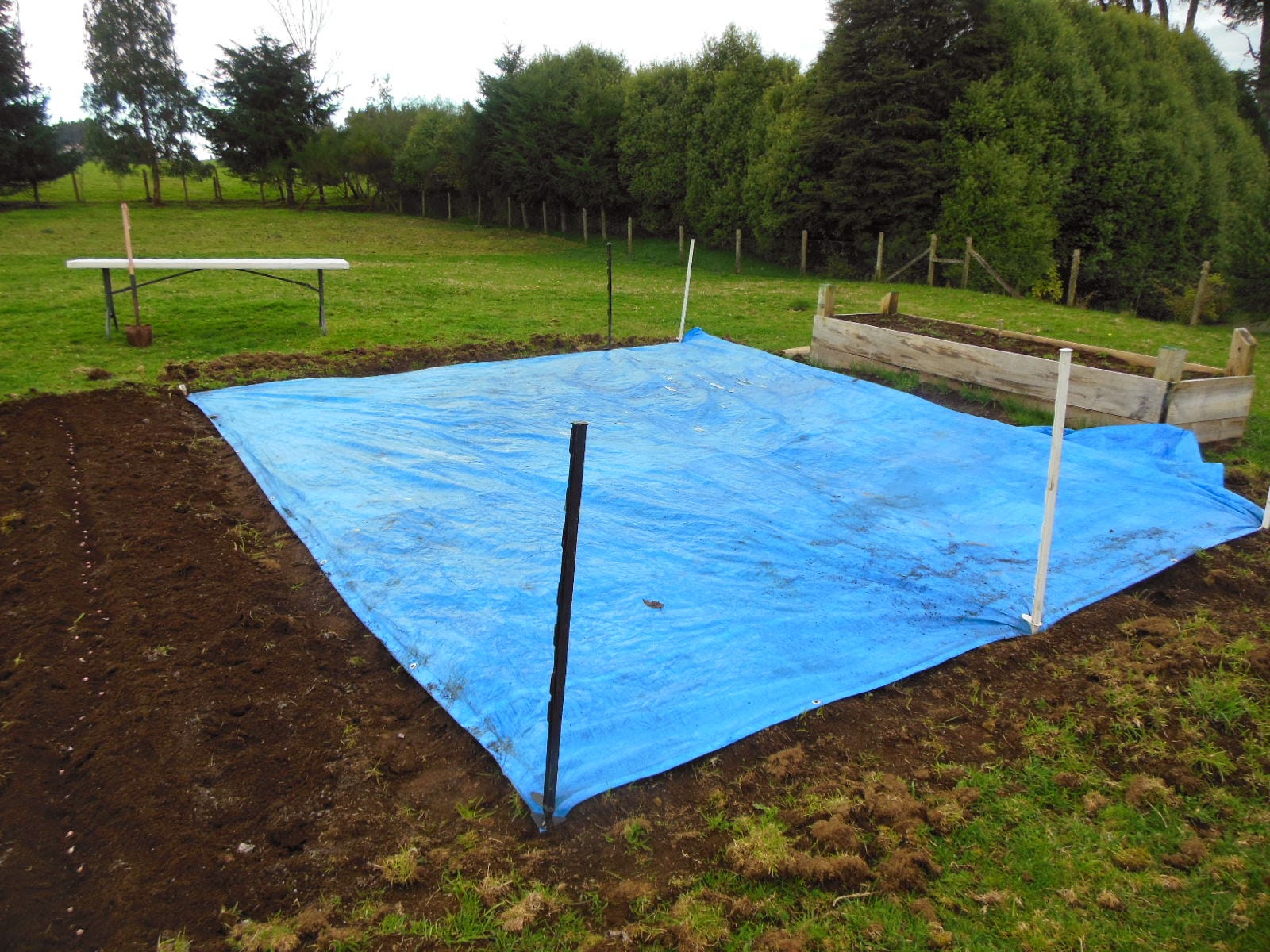 My peas are on the left and I am covering the rest to keep the weeds down until I plant some more.
The raised bed to the far right has some herbs- sage, parsley, chives - and some lettuce that I planted last week just came up and today I planted some swiss chard seeds. Next up will be some spinach, carrots, and cilantro.